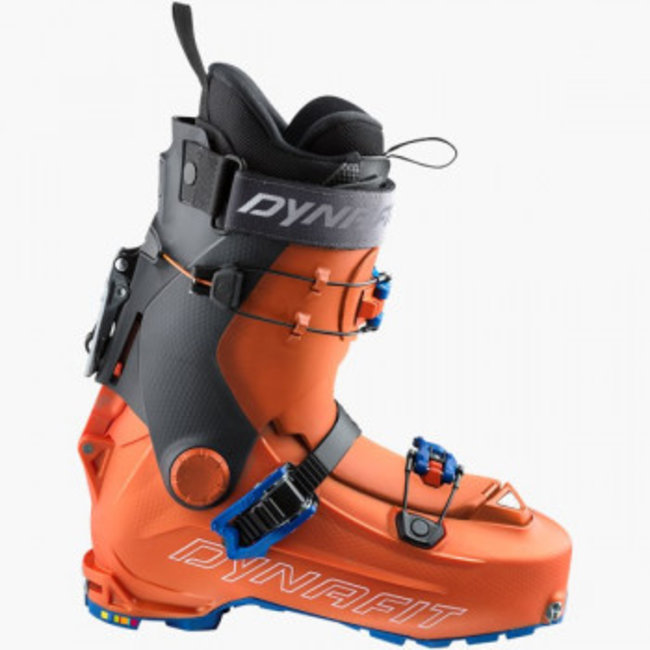 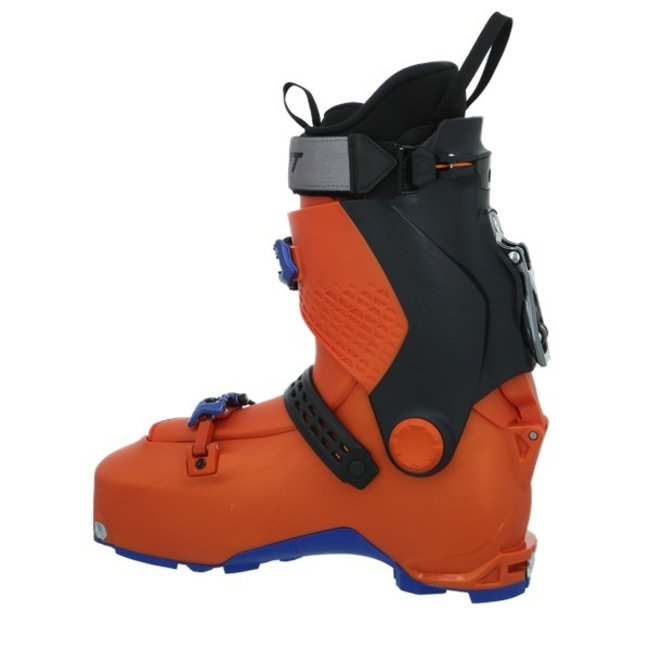 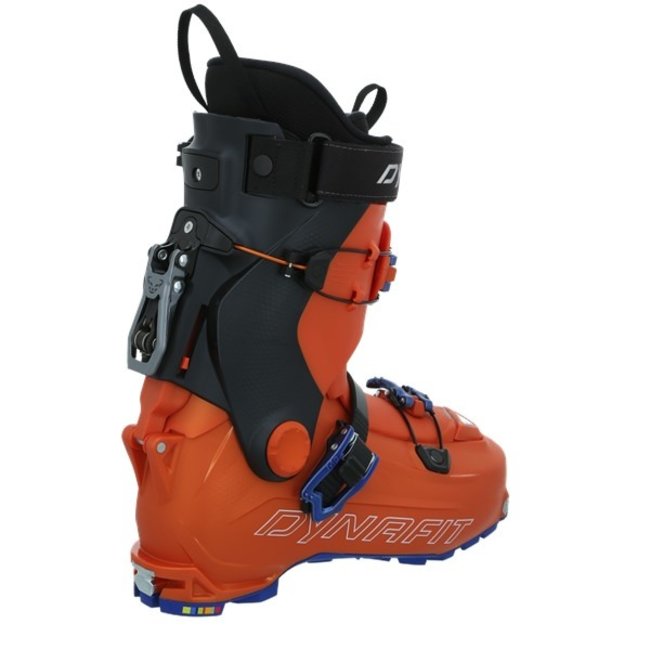 Speed up - kick down: The most innovative ski touring boot combines the highest level of downhill performance with the most efficient uphill performance. Read more..

The HOJI PX boot knows no compromise. On the descent, it holds its own against competitors thanks to its Hoji Lock System that enables optimum power transfer on the ski. At the same time, the boot facilitates efficient walking technique with maximum freedom of movement with a cuff rotation of 55 degrees. Combined with its light weight of 1,500 grams, you get a natural and energy-saving walking motion even on every kind of terrain. In addition a shortened toe, the "Speed Nose," reduces weight by 15 percent. Plus, it enables a 12-percent more efficient roll-through by the foot with a pivot point setback by 4 mm. With a last width of 103.5 mm, an Ultra Lock Strap, and three micro-adjustable buckles, the foot sits ideally positioned to deliver top performance on the downhill and on demanding terrain. The quick and simple switch between uphill and downhill modes is accomplished with just one kick thanks to the patented Hoji Lock System. The ski-walk system’s mechanism is integrated into a cable system along with the buckles and the Ultra Lock Strap. To switch into downhill mode, only the rear lever must be moved. After that, the boot is locked into an 11-degree angle and primed for awesome descents. The integration of an additional back spoiler allows a forward lean of 15°.

Speed up - kick down: The most innovative ski touring boot combines the highest level of downhill pe..