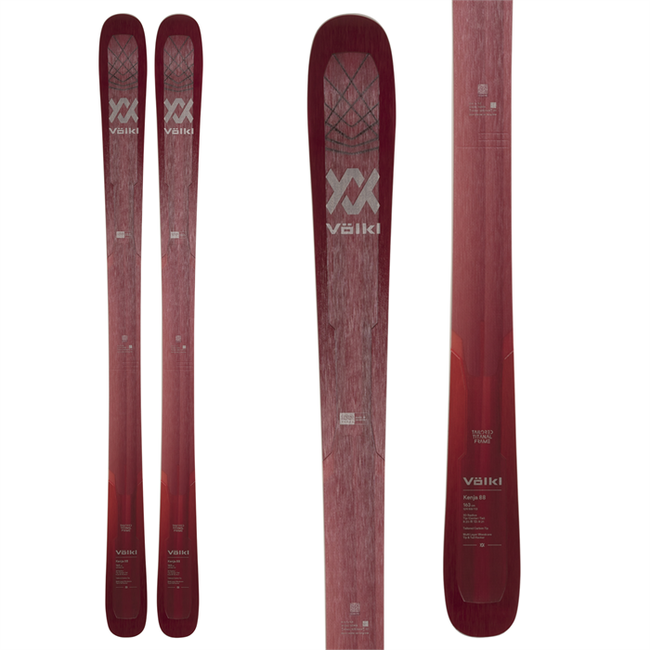 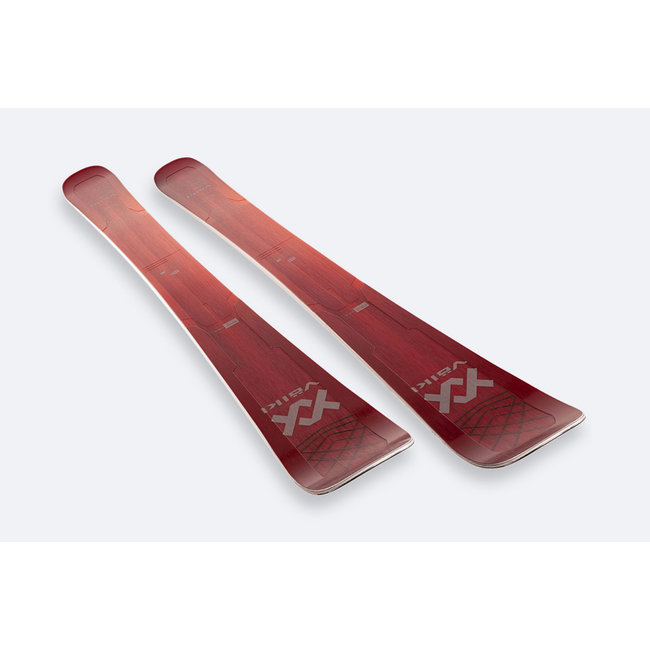 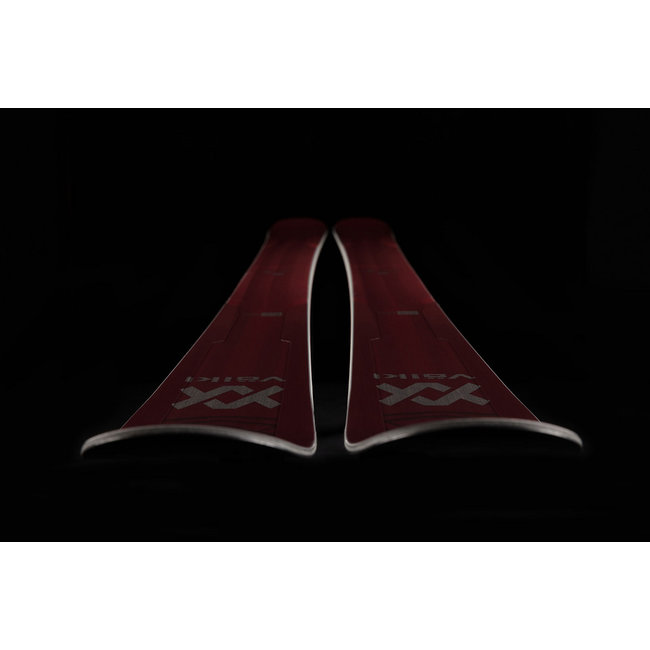 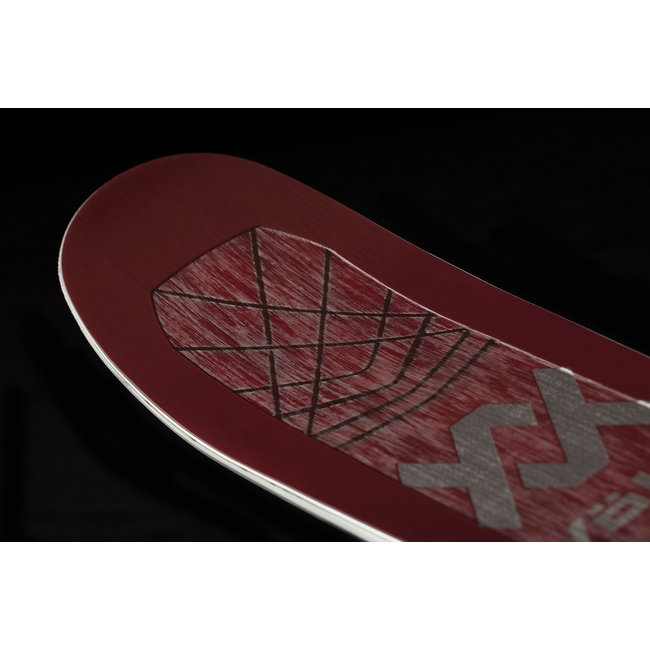 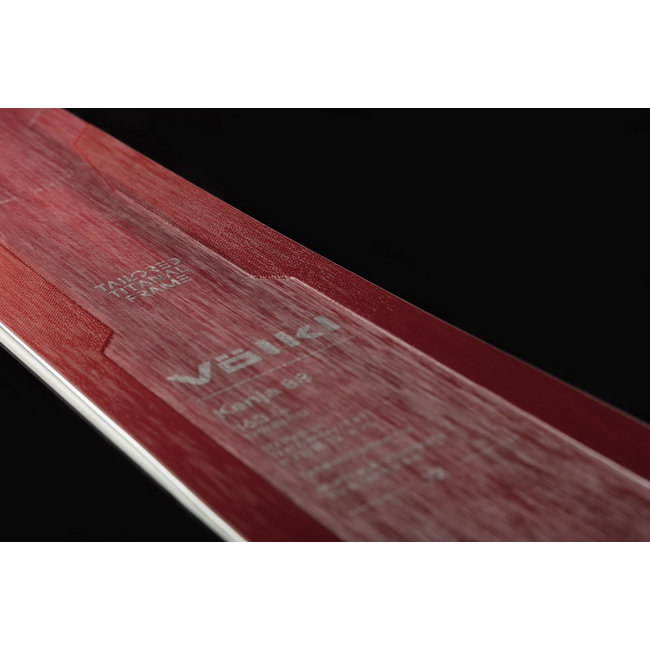 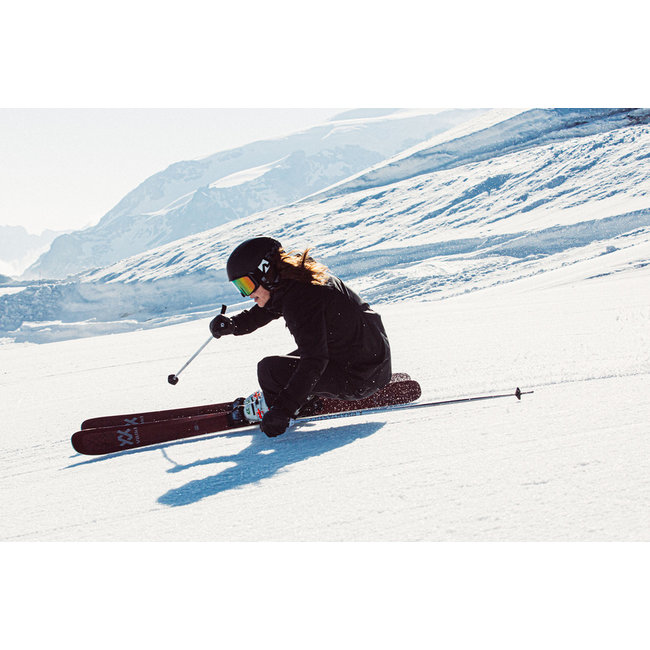 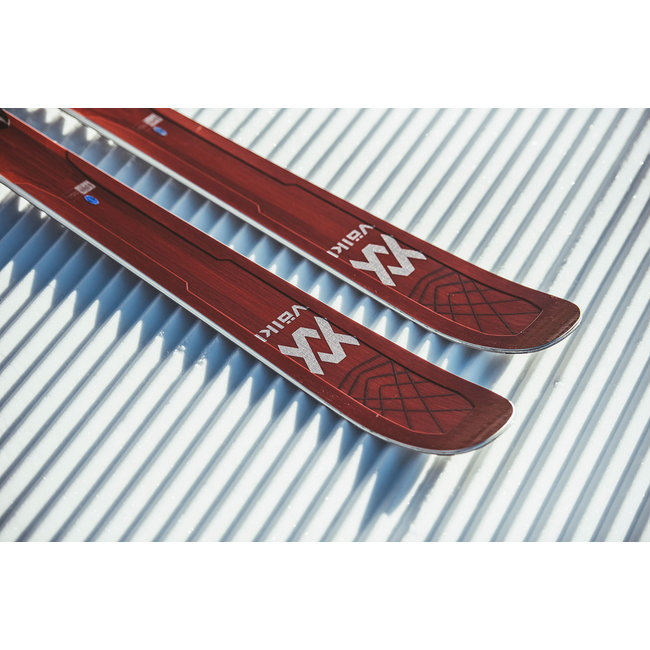 For women and girls who don’t want to commit to just one style or one area of use. Read more..

If you don’t want to choose between piste and powder, between moguls and groomed carving slopes, then the Kenja 88 with its revised geometry is the perfect partner for every occasion. This all-mountain freerider with state-of-the-art build is suitable for female skiers who value performance but don’t want to be confined to piste or terrain. Its impressive carving performance is due to the three different radii in the 3D Radius Sidecut. Different parts of the ski are involved at different speeds and as the edges are engaged and disengaged, helping it manage different turns, terrains and forces perfectly. The tip and tail rocker makes initiating turns smoother and forgives mistakes on slopes deep with powder or crud. The centre radius is shorter by a metre, allowing the ski to be steered with noticeably less effort. With the Kenja 88 beneath your feet, you can take on everything the mountains have to offer.

To ensure the perfect ride on every length from 149 to 170 cm, Tailored Carbon Tips and a Tailored Titanal Frame have been integrated into the Kenja 88 for this season. What does that mean? The Tailored Titanal Frame which features in many Titanal Freeride models is an evolution of Volkl's well-known Titanal frame. In this design, the width of the Titanal upper belt can be adapted to the length of the ski; the resulting torsional stiffness and the desired damping behaviour can be adapted to the skier. The Titanal content is reduced in shorter skis, which means shorter and lighter skiers can get the most out of their skis without excessive effort. The new Tailored Carbon Tips make the Kenja 88 especially versatile. Carbon fibres applied by means of Tailored Fibre Placement (TFP) allows Volkl's engineers to influence curve behaviour with great accuracy. The strength and alignment of the fibres define the force you need to apply and the energy that builds up where it’s needed. Agile shovel reaction is a feature of special note. This means that as soon as you initiate a turn, you can steer the ski in a measured, easy manner. In other words, simply think about changing direction – and it happens. This construction also allows means less weight without any loss of stability.

Also included in the new Kenja 88 with tip and tail rocker is Volkl's renowned multilayer wood core surrounded by a full sidewall and a P-Tex 2100 base.

For women and girls who don’t want to commit to just one style or one area of use.